With Joplin, I am finally ditching Evernote 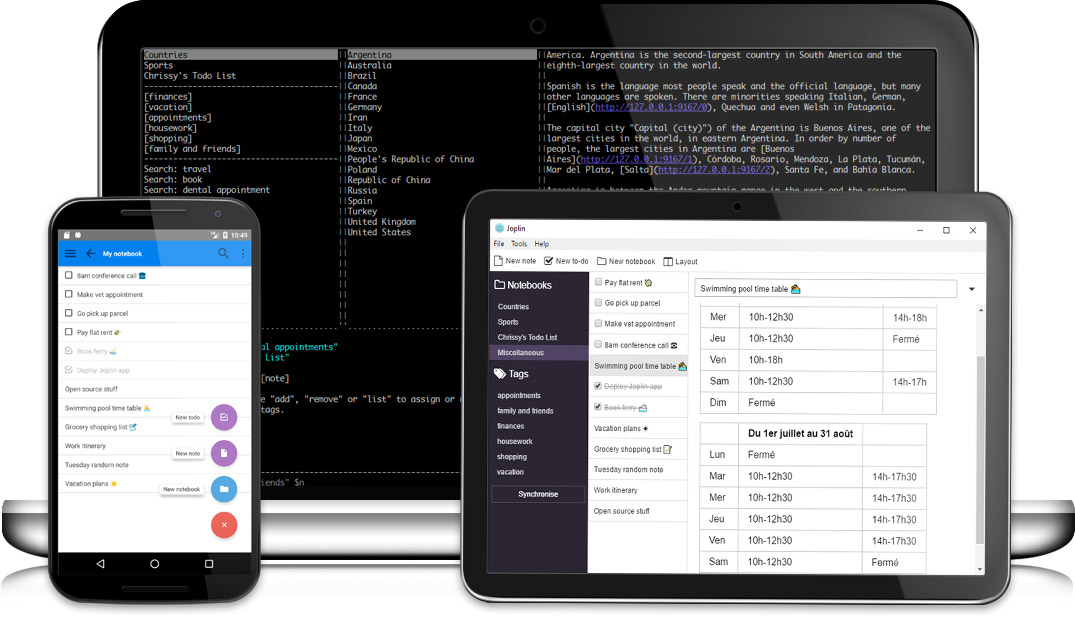 I have been using Evernote for close to a decade now. It has notes from all the books I have read, best paras from the articles I liked, and even reasons for investing in specific stocks. With about 2000 notes, it serves as my external brain.

Evernote has a fantastic ecosystem. I can email note, I can send an article from Pocket, and I can clip a webpage from Firefox. I can use the app on every platform. I can use Evernote even under Linux, using a 3rd party application.

Ever since the future of Evernote became uncertain, I started looking for an alternative. My expectations are simple (at least I like to think so):

I searched far and wide and tried many of the “coolest” apps. But nothing came close to Evernote. Even after all these years, Evernote is still the undisputed king of note-taking.

Recently, I came across an interesting open-source application called Joplin. Joplin is the first application that ticks every expectation I have.

I have been using Joplin for a week now diving deep into all the features it has—including its terminal application. In Joplin, I might have found the application to replace Evernote finally.

Here are some of the positives and negatives of Joplin.

Even though there are many negatives, Joplin meets all my fundamental expectations. I am going to use it for at least six months.

How can you get started?

If you have a lot of Evernote notes, then initial sync will take a long time. Better to leave it for the night.

While you are at it, install the web clipper too. It is awesome.

Though you type in plaintext, Joplin uses SQLite internally to organize notes. But it has an export option. You can combine it with a git repository. Now you have version control for your notes. Here are the steps: