The Dichotomy Of Contentment And Ambition

The answer is not or, but a curious combination of both.

Can you be ambitious and yet feel fulfilled?

I have wrestled with this question for two decades. The answer to life’s most troubling philosophical choices is not “or” but a curious combination of both. If you are interested in the journey as much as my resolution, read on. Else, skip to the end. 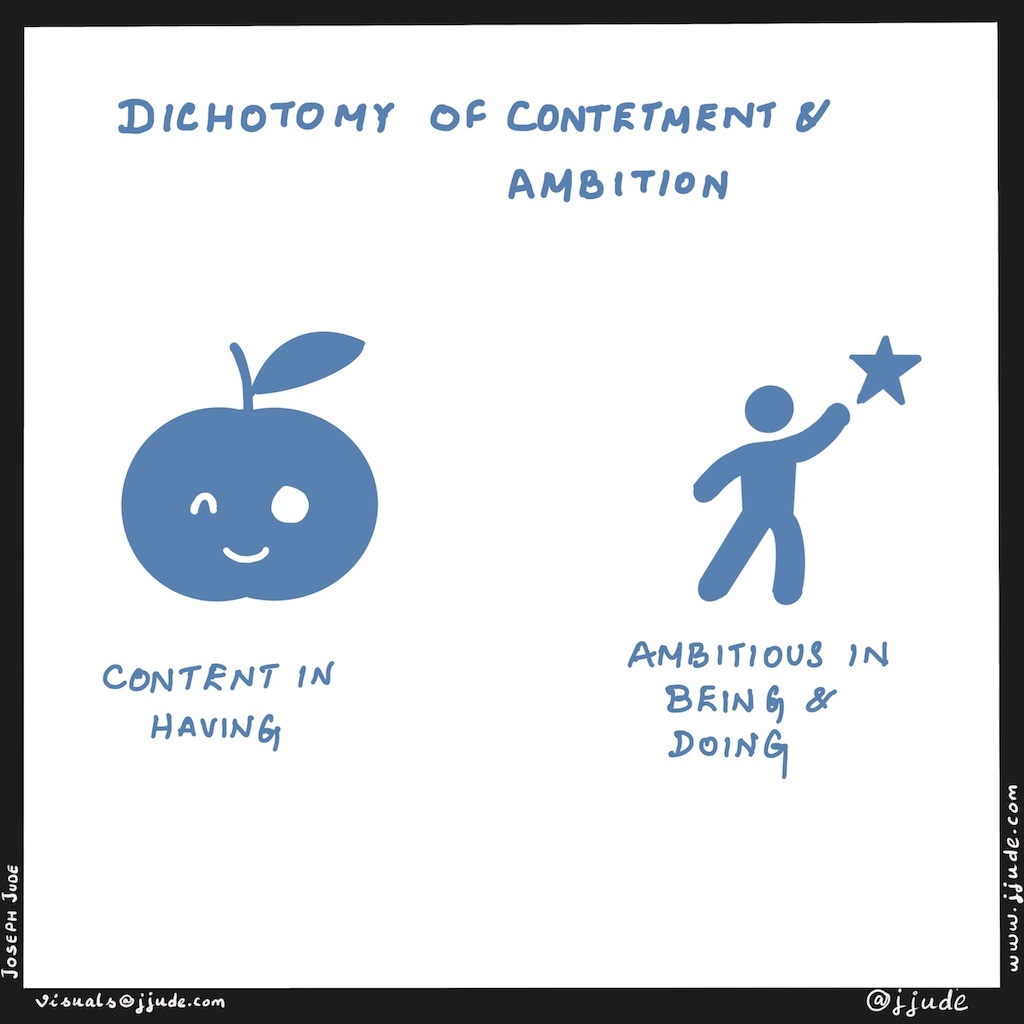 I am from a small town in South India. My parents and extended family are school teachers. Naturally, I wanted to be a teacher when I grew up. But I wanted to “be ambitious,” so I aspired to become a lecturer in a college. That was the extent of my ambition as a young boy.

When in college, I started reading the Bible, which led me to cognitive dissonance. St. Paul says, godliness with contentment is good. He goes on to say, “I have learned to live in abundance and in need.” But this is the man who single-handedly took Christianity to all known parts of the world of his time. He writes about his ambition to spread that idea everywhere. Should I follow what he said or how he walked?

Should I be content, which leads to lethargy, or should I be ambitious, which seems to lead to pride and disappointment? Is this a paradox to explore or a dissonance to solve?

I read as many books on this topic and listened to philosophers and yogis. I oscillated between experimenting with contentment and ambition. I didn’t get a clear answer. The answer was always right there in front of me, but I had to pursue persistently to show that I was desperate for the answer.

Recently, while thinking more about the topic, everything came together. There are three aspects to life in this context: being, doing, and having.

I realized that Paul was ambitious in being and doing but content in having.

As the Chinese say, this is yin and yang. You need to have this duality at the same time. Only then you feel fulfilled. Just because I stumbled on this doesn’t mean I am practicing it, but there is great peace in resolving it.